Nepal celebrates Gai Jatra under the terror of novel Coronavirus 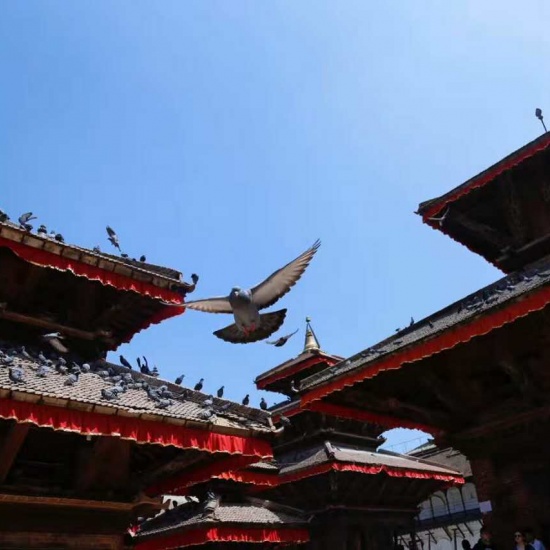 August 4, 2020 marked this years Gai Jatra festival in Nepal. Only those who have been to Nepal or are planning to be here soon might know about the festival. Gai Jatra literally means festival of cows but is not to be confused with Gai Tihar which is celebrated during Tihar in Nepal and Diwali in India. Gai Jatra falls on August- September, calculated on basis of Lunar calendar. The festival lasts for 8 days and joyfully celebrated particularly by the Newar community of Nepal.

Gai Jatra traces its origin to 17th century. A king of Kathmandu, Pratapa Malla lost his son in an early age who was a victim of small pox. The Queen was so saddened by demise of her son that she gave up food and sleep. Seeing this king ordered public to organize an event where people who lost family member in that year held a parade in city. Those people then prepared a cow, showcased humorous acts and circumambulated the city dancing and singing. Queen witnessed it was not only her son who left this world but there were many people who were suffering like her. This event was successful as queen stopped grieving over her deceased son.

Every year Gai Jatra is celebrated to commemorate loved ones who passed away in the previous year. In Kathmandu and Patan, cows are decorated and a photograph of deceased is pasted on the cow’s body. But lately, small kids are dressed as cow and they participate in the parade. In Bhaktapur, the old capital of Nepal, Gai Jatra is celebrated in a unique way. Taha Machaa a kind of small chariot made of bamboo and clothes with four legs symbolizing a cow is created for adults who passed away in a year whereas a bamboo basket is prepared for kids who passed in an early age. Photograph of dead person is pasted on Taha Machaa and the bamboo basket. Procession of city is held and people join from their home after worshiping the chariot. Bhaktapur also has a special dance performance only shown in this day called Ghintang Gisi. The dance is performed by many people where each pair hold wooden sticks where they strike the stick in tune of the musical instrument.

As Nepal is still in risk of the novel Coronavirus, nothing has come back to normal although Nepal government lifted 4 months lock-down few weeks back. Gai Jatra which used to be celebrated with great enthusiasm, this year was observed as a small local festival only. Government regulated rules which limited number of people participating to avoid crowd and preventing the spread of disease. Furthermore, people were requested by local authority to maintain social distance along with using a face mask, gloves and a face shield if possible. The crowd and mass generating positive vibes in the ceremony were missing. Locals express it was a kind of tasteless event they have ever experienced. However, some say that in such a situation of national crisis this kind of small scale celebration was the best way to give continuity to tradition and culture.

Having cultural importance, Gai Jatra has been attracting thousands of visitors from different part of world. This year no foreigners were spotted in the event. Hopefully, next year more and more people get chance to witness this amazing festival. Make sure to contact your tour operator and add this festival in your itinerary if you are planning to travel in August-September.